Each week, we here at PlayingStandard take a deep dive into the Magic Online and Magic Arena results for Standard. We take what data we do have and break down which decks sit where in the overall Standard metagame. These tier lists include a rolling average to ensure decks don’t move too volatility on the tier list after one good week. If you’re looking for an example of that tier list, here is this week’s best-of-three list and here is the best-of-one list.

This metagame breakdown article will accompany that tier list each Thursday and will go over the top decks, why they have seen increases, decreases, or stagnation in play, and cover what stands out for why these decks are contenders in the metagame.

So, let’s break down the various events we are drawing data from this week!

Each of these finishes are called qualified finishes and are part of how we determine which decks have seen success over the past weekend. While the number of finishes doesn’t account for all the purposes of decks moving, it can serve as a backbone to various arguments for moving a deck up or down the rankings.

Now that we’ve covered our data set, let’s get into the decks that will show up at your upcoming events and on the ladder!

This has been a wild week for Standard (or best-of-three Standard, if you fancy that nomenclature), with Esper Midrange representing nearly 70% of the decks registered for the World Championship, only for the deck to become completely hunted out and replaced by Grixis Midrange in the challenges and preliminaries that followed it.

Some of the innovation that took place at Worlds has definitively made its way into the Standard Challenges and the Arena best-of-three ladder. Namely, Izzet Tempo by Julian Wellman and a Delver of Secrets-less Mono-Blue Tempo deck by Jean-Emmanual Depraz. While both of these decks saw some play before the championship, Julian’s specific Izzet Tempo build has been skyrocketing in playrate (debuting on our tier list straight into B Tier, which we try to avoid doing) and Jean-Emmanual’s Mono-Blue list has become the de facto Mono-Blue build in Standard Leagues, Challenges, ranked ladder and even in Pioneer by PlayingPioneer team member KarnageKardsENT.

After Worlds, Esper Midrange had a target on its back in a major way, and the following weekend events saw Grixis Midrange put up 20 qualifying finishes versus Esper’s four, with PlayingStandard’s own Cabezadebolo winning a weekend challenge outright with Grixis. Still, our competitive team strongly believes that Esper Midrange is still the top deck in the format and can only be hunted out for so long before the fairly healthy rock/paper/scissors meta that is developing in Standard flips.

As mentioned above, Grixis Midrange put up 20 top finishes in this weekend’s challenges, with the next-highest performing deck at seven. This was very clearly in response to the overwhelming representation of Esper Midrange in the World Championships. 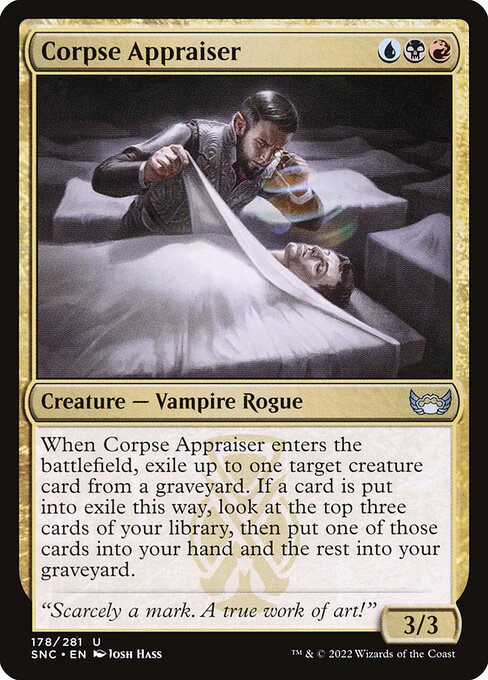 Of course, a resolved Sheoldred, the Apocalypse is extremely rough for Esper. Since Raffine’s attack trigger is not a “may”, the Esper player has to hold back attackers a lot of the time in the midgame with a Sheoldred down to avoid taking too much damage off the card draw.

Why it’s here: Grixis has, quite possibly, the best Esper Midrange matchup in Standard and has solidified itself as “paper” in the rock/paper/scissors meta that is forming. While players are still registering Esper Midrange, there will be players looking to beat it with Grixis. 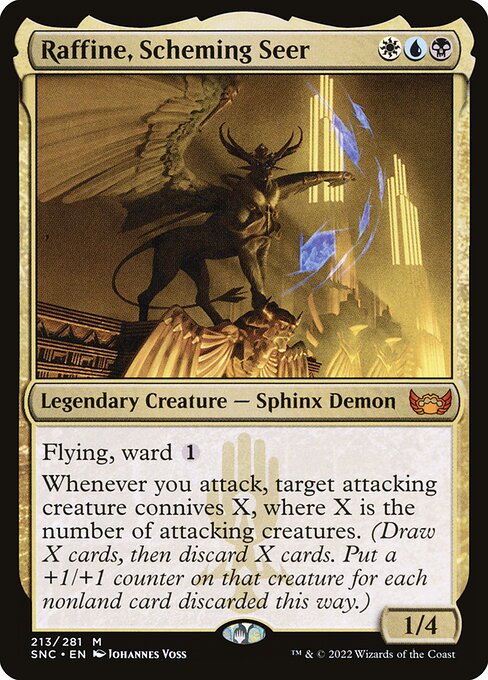 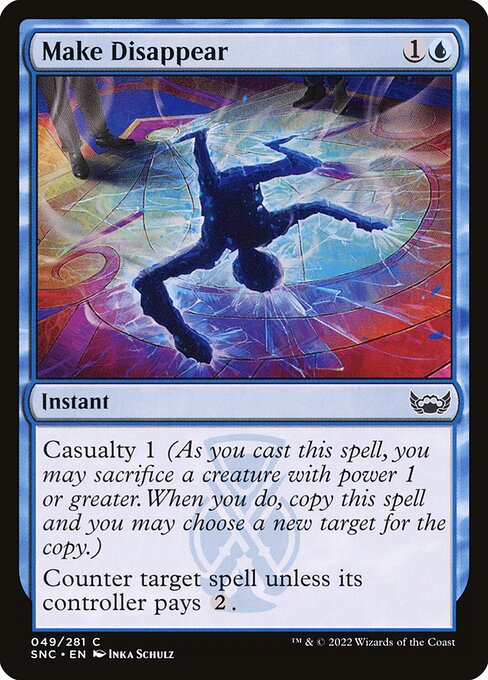 While it doesn’t have a great Grixis Midrange matchup, it tends to be favored everywhere else. In the rock/paper/scissors meta I’ve been describing, Esper will represent “rock” – meaning there will come a time where Grixis (paper) gets beaten back by the rest of the meta (scissors) and Esper comes back in full force to beat back the rest of the meta. On MTG Arena, this meta shift happens rather rapidly. On MTGO and paper Magic even moreso, each shift can take weeks.

Why it’s here: Esper Midrange is the format’s premier higher-curve tempo deck, with a slower start than Mono-Blue Tempo but a much stronger midgame strategy. It has a good matchup with any deck below it on the tier list and forces deckbuilding and sideboard construction decisions in every deck in Standard.

Always the bridesmaid and never the bride, Jund Midrange has never held the S Tier slot that its black-based, triome-supported midrange counterparts have since Standard rotated. Still, it has been close on several occasions. This week was not one of those occasions, though. 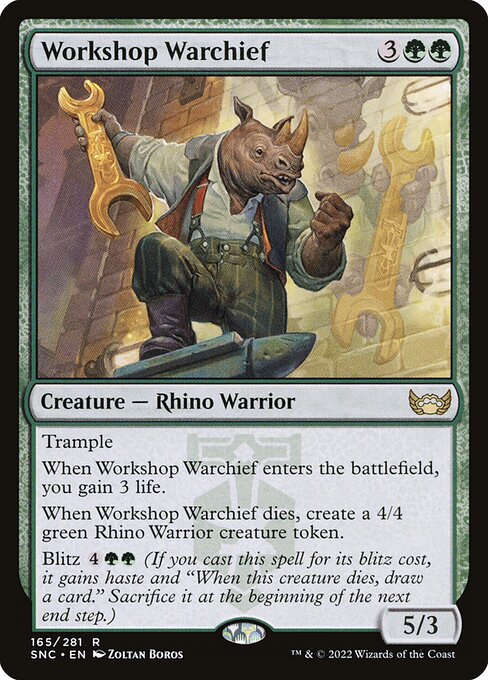 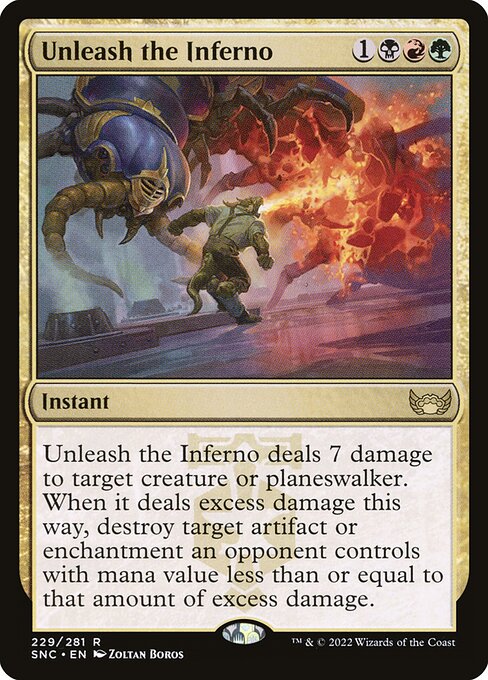 Putting up zero qualifying finishes this weekend and only representing 6% of the registered decks at Worlds (though, this was the second-highest percentage behind Esper’s 70%), Jund has a hard time against the countermagic and big spells in Grixis and Esper, and the constant barrage of counters and flying attackers in Mono-Blue.

Why it’s here: Despite having a tough week, Jund Midrange is a very powerful deck, representing the best home for Unleash the Inferno – one of the most powerful removal spells in Standard – and good midrange threats like Graveyard Trespasser, Workshop Warchief, Soul of Windgrace and (with some innovation by PlayingStandard’s Cabezadebolo) Wrenn and Seven.

After Worlds, Standard saw most players drop Delver of Secrets entirely from this archetype, and the changes haven’t necessarily stopped there. Some lists are running Ledger Shredder, some are running one or two copies of The Modern Age, and some are just running the eight threats (four Tolarian Terror and four Haughty Djinn). Most are now running a couple copies of Invoke the Winds in the sideboard or even maindeck, which is super spicy and evil. Mono-Blue Tempo is a Standard fan favorite, and the “fun” factor of the deck could have a lot to do with its high appearance rate on the MTGA best-of-three ladder and even in MTGO leagues and challenges. It’s also just a strong deck in general, and its rare to find yourself in a hopeless position that you can’t get out of while piloting it.

Why it’s here: Mono-Blue is strong into Jund Midrange and some of the greedier decks below it on the tier list. With a suite of low-curve permission spells and removal evasion in Slip out the Back and Fading Hope, it easily gets under control decks and can even slip under Esper and Grixis Midrange.

For the first week since I’ve been writing these meta guides, the best-of-one tier list saw no movement, as the data for best-of-one showed no deck pulling ahead or falling back, nor did any of the top-performing decklists for any archetype change in any meaningful way to adjust to the the meta. For the best-of-one meta breakdown this week, I would check out my previous meta guide.

There it is! The top decks in Standard right now. As Worlds tends to do – especially to Standard – the meta has been shaken up a bit by some of the choices that the format’s top players made, and we’ll see another shakeup in a couple of weeks when The Brothers’ War releases. Until then, have fun and remember that casting Slip out the Back on a blocker will not prevent any trample damage from going through!